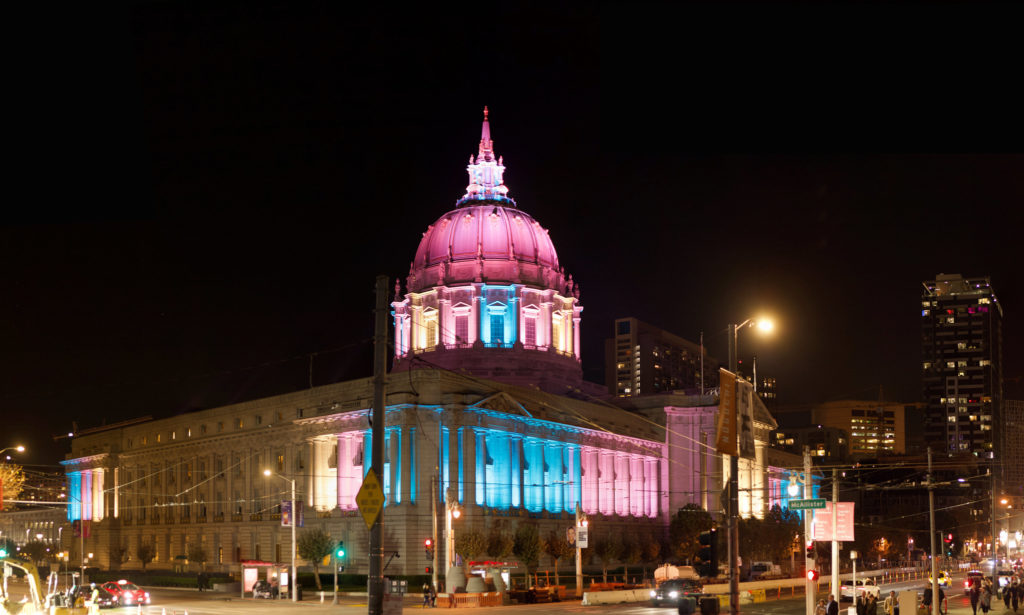 There are few things more complex than gender (and with those words I’ve already raised the eyebrows of many whose beliefs are binary: either/or, male or female).  However, navigating changes in gender – transitioning – certainly takes things up a notch in terms of intricacy and the idea of sex change is fraught with overlapping debates on mental health, ageism, racism, profound socio-economic and healthcare disparities.

The work of Saint Francis Foundation is to support Saint Francis Memorial Hospital and support its groundbreaking health work in a complex and vibrant city such as San Francisco.  “Complexity” is what we do.

Something the Hospital is increasingly known for is its life-saving work delivering compassionate, high-quality health care services to transgender patients and their families – including performing as many as 700 gender affirmation surgeries in 2019 alone.

Yet all this complexity is still something of a luxury for many who must, first, survive long enough to transition.

Is more visibility a good thing?

In the past ten years, the number of people who identify as transgendered has roughly doubled.  This increase, matched with a corresponding increase in general, cultural visibility, suggests a growing acceptance of expanded gender norms.

But, even this important awareness is not reflective of all gender affirmation journeys.  In fact, I submit that the happy, up-beat, social media journeys of mostly white, privileged transitions performed above a safety net of health care and insurance coverage are the exception and not the rule.  Granted, each story has its challenges deeply personal to the individuals transitioning and for their support networks; however, at a minimum, we must see these stories in context: for every “success” story, there are 300 more people with gender dysphoria – the clinical term for experiencing a powerful sense of disconnection from your assigned sex – who don’t get very far down the road to affirmation.

In order for that to change – to improve – we must see ALL trans people.

A struggle by the numbers

The number of teens considering transitions are in the hundreds of thousands, creating a generation of transgender and gender-nonconforming (TGNC) young people.  And, because medical advances for gender confirmation have evolved and become more widely accepted, the numbers of people seeking to transition later in life, in the 50’s, 60’s and older, is also growing.

For many trans-identifying people, surgery is not always the answer or the goal.  Still, for most the personal choice is to change physically through surgery to address dysphoria which benefits from a safe and supportive environment throughout the transition.  “Safe” and “supported” are words most TGNC (of any age) long to experience.  Seeing – really seeing people experiencing gender dysphoria begins with understanding the overwhelming magnitude of challenges they face at any age and at any stage of the process:

All of these issues and challenges manifest in health crises which is where we step in to help and why we established the Gender Institute at Saint Francis Memorial Hospital.

As a health care foundation which seeks to make deeper contributions to our city’s health, we have begun to look at how we continue to support the outstanding gender affirmation medical work of Saint Francis Memorial Hospital.  It’s why in December, we are convening a meeting of community leaders, physicians, surgeons, and thought leaders in this space to understand how best we can extend our work to include more services and safe places for individuals, no matter where they are on the gender spectrum or at what point they are in their transition.

But, even that ambition – creating a safe and supportive haven for the best gender affirming care available and providing information and resources for those wishing to know more – is not the ultimate goal.  Rather, we hope to join other voices in advocating for these life-saving medical interventions to be made accessible to as many people as possible.

From where we sit – atop Nob Hill – surrounded by vibrant neighborhoods such as the Tenderloin, China Town, and the Financial District – we see much of San Francisco.  Yet, we want to do a better job of really seeing everyone and supporting who they are – as the Hospital’s mission compels us to do.

We have always provided the care people need – not just care which was economically feasible or profitable – and certainly not just care for some people, but for all.

We see humans, first; San Franciscans next, and all other labels come after that and it’s why we find life-saving medical interventions available to some – and not to all – morally unconscionable.  300:1?  We don’t like those odds.

If you don’t either – join us.  Bring your voices to the conversation and your passion to the mission.  That’s who we are as San Franciscans.  We care.  We act.  And our vision is a Gender Institute right here in the City by the Bay that leads the world in resources and solutions to support humans on their journeys to authentic, healthy, productive lives.