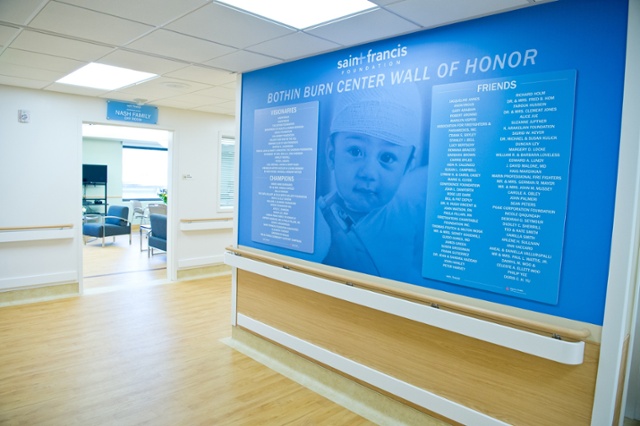 December 15th marked the 50th anniversary of Saint Francis Memorial Hospital’s Bothin Burn Center, which treats about 500 patients a year, 15 percent of those being children. The specialized staff also saw at least 10 patients this fall who were affected by the North Bay Fires.

At the special anniversary celebration, Hospital President David Klein, MD recognized the milestone and thanked staff for their exceptional care. At least 50 former burn patients attended, as did the very first burn patient, Tammy Prosser. She was just 10 years old when her nightgown caught fire and she was flown to the hospital for treatment almost exactly 50 yeras to the day!

The Saint Francis Foundation recently organized a special appeal to raise money for the families of North Bay patients being treated this past fall. The effort resulted in more than $10,000 of which was allocated to accommodations, food, cell phones, clothing and other necessities for the families.